The hamburger menu has gotten a lot of flak over the years, some for justifiable reasons and some not. One reason for its controversy is simply that it’s so darn popular on all kinds of apps. An overwhelming majority of the posts we’ve seen online only seem to be a one-sided bashing of the popular UI element, when in reality they’re a very useful tool to incorporate into your app. There’s a reason a lot of the top apps still utilize them in one form or another.

So here’s what we’ll do instead. We’re going to lay out all the pros and cons of the hamburger menu, arm you with the right questions and evaluation criteria to find the right solution, and provide you with 7 of the best alternatives to the hamburger. Let’s get started.

One of the biggest downsides to using a hamburger menu is that it doesn’t showcase an app’s features very well. 25% of apps get deleted after first use, suggesting that many apps aren’t quick enough to demonstrate the value they’ll provide in users’ lives.

That’s why onboarding is so key. “If you don’t nail onboarding, your developers may as well have been drinking beers instead of building those features that no one saw.” – Apptimize CEO Nancy Hua. When users first enter an app, they’re looking for obvious cues as to what features and value are available to them. Hiding those features in a navigation drawer such as the hamburger makes them difficult to discover and forces users to go searching for them.

Putting important features in your navigation drawer is like putting your star players on your B team. Navigation drawers, just like physical drawers, are where we store stuff that we don’t need at the moment. The result is that if it’s out of sight, it’s also out of mind. If it wasn’t important enough to be put on the home screen, it must not be that important.

Click Rates for Hamburger Menus in the Top Left Are Low

The top left of a phone screen is generally reserved for meta information (name of device, wifi indicator, back navigational button, apps running in the background, battery life, search, etc.). It’s not a core section of the screen like the center (where your eyes naturally fall) or at the bottom (which are the easiest spots to reach with your fingers). Naturally, the implied message is that things at the top of the screen are to be glanced at, not clicked on. 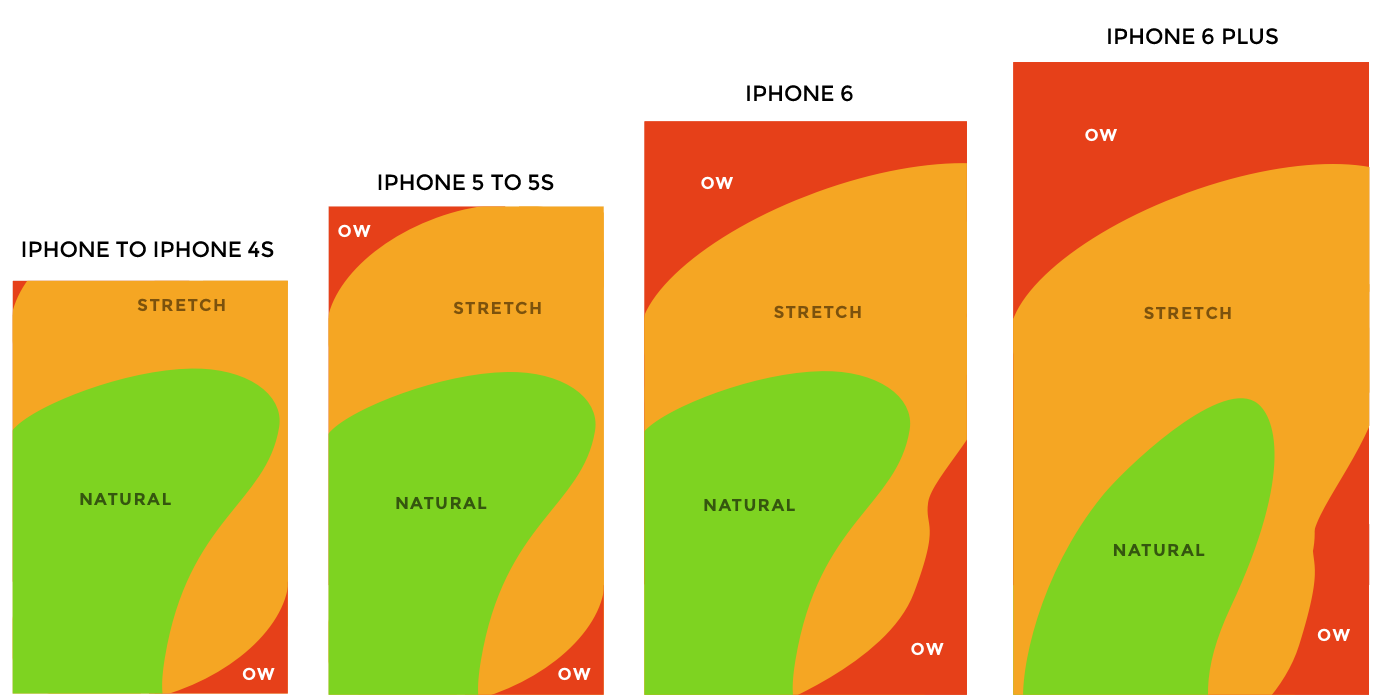 Try this: grab your phone and unlock it as you normally would, then try and reach the top left corner with your thumb, without re-adjusting your grip. It’s pretty difficult unless you have very large hands. Even with smaller smartphones, our fingers generally can reach the bottom ⅔ of the screen without adjustment, but require us to adjust our grips to access the top ⅓. Screen sizes are only getting larger, and even iPhone’s readability feature doesn’t make it that much easier. Users go towards the path of least resistance, and oftentimes that means they’ll avoid clicking on the hamburger.

It Clashes with Navigational Buttons on iOS

The hamburger menu placement on the screen is the exact same as the default for the back button: the top left corner. When both icons are needed, you’ll either have to squeeze both of them in next to each other, or sacrifice some usability by deleting one.

It’s Not All Bad! The Pros of Using the Hamburger Menu

It’s not all bad! There are good reasons that so many apps out there are using the hamburger menu as well. The menu style is prolific for good reason.

It Makes UI and Navigation Much Cleaner

One of the worst things you can do when designing an app is to overload your users with choices, creating decision fatigue. The hamburger menu helps get everything tucked away neatly. This keeps users from getting distracted from the core functions that you want your users to see. It’s only a problem if you want users to actually use the features within the hamburger menu.

The Hamburger Icon is Generally Well-Recognizable

“Why kill a ubiquitous icon, which our users know and understand, and replace it with a new iteration for them to learn all over again.” – Oliver McGough

It’s very difficult to get widespread adoption of a UI icon. Aside from the home button, the mouse pointer, the print logo, and power buttons, how many do you know? Even seemingly innocuous icons such as the star or the heart icons can have a wide range of different interpretations. For some apps they might mean bookmarking a page or post for later reference, while in others they may just signify a like, which users may be hard pressed to find later on. As a result, these and many other icons can be difficult to interpret precisely when using new apps. 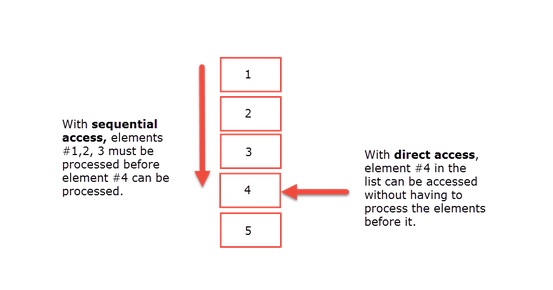 The hamburger allows for direct access, which means that allows a user to access a “preferred item, instead of forcing users to go through your content in serial order.” -Nielsen Norman Group. This means that users can click directly to the pages they want, instead of having a preset order that they must process before getting to the desired screen.

The big advantages of this are usability and speed. With direct access, users can quickly get to the screens and features they want to access with only a few clicks. In contrast, having sequential access forces users to go through a preset list, which requires them to scroll through irrelevant screens before arriving at their desired destination. On mobile, users have a greater sense of urgency, expecting speed and quick access to functionality even more than on web. Sequential access doesn’t always cut it.

When Should We Switch from the Hamburger?

We know the hamburger isn’t the optimal solution, and it can be improved. However, it’s important to ask yourself and your team what your goals are and whether the change would be worth the effort. The most important question of all:

Is it important to drive users to the features in the hamburger menu?

If your answer is no, your app is probably fine as is. When users are looking for increased functionality, they’ll likely head over to the hamburger menu to tweak settings or figure out the full potential of the app.

If the answer is yes, you’re in luck because we’ve got 7 alternatives for you. First though, we need to talk about the criteria you should use to evaluate each one, and determine the optimal solution for your app.

What we need to keep in mind is that one design doesn’t work for every app. Each of the priorities and constraints will be different, so pick one or more solution that you think works best and satisfies your criteria. Below are the questions you should ask yourself when considering an alternative to the hamburger menu. 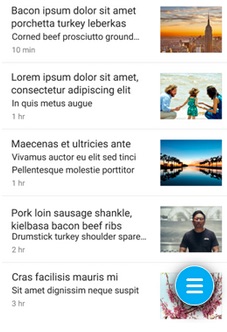