Apptimize, a company that helps businesses optimize, test and rapidly iterate their mobile apps, has just raised $12.4 million in a new round of Series B funding. Investor interest was strong due to the client list Apptimize has lined up, which includes notable names like Hotel Tonight, Trulia, Vevo, Hotels.com and The Wall Street Journal. In total, there are around 100 big-name businesses using its platform, among its hundreds of customers.

The oversubscribed round was led by U.S. Venture Partners, and included participation from Glynn Capital Management, Goldcrest Investments, Western Technology Investments, Ken Ross and Twin Gables. Dafina Toncheva from USVP will join the board as a part of this investment. The round brings Apptimize’s total raise to date to $18.5 million.

“We were impressed by the long list of sophisticated mobile first businesses that see Apptimize as the path to stronger user engagement and increased monetization of their native apps,” says USVP’s Toncheva, in a statement. 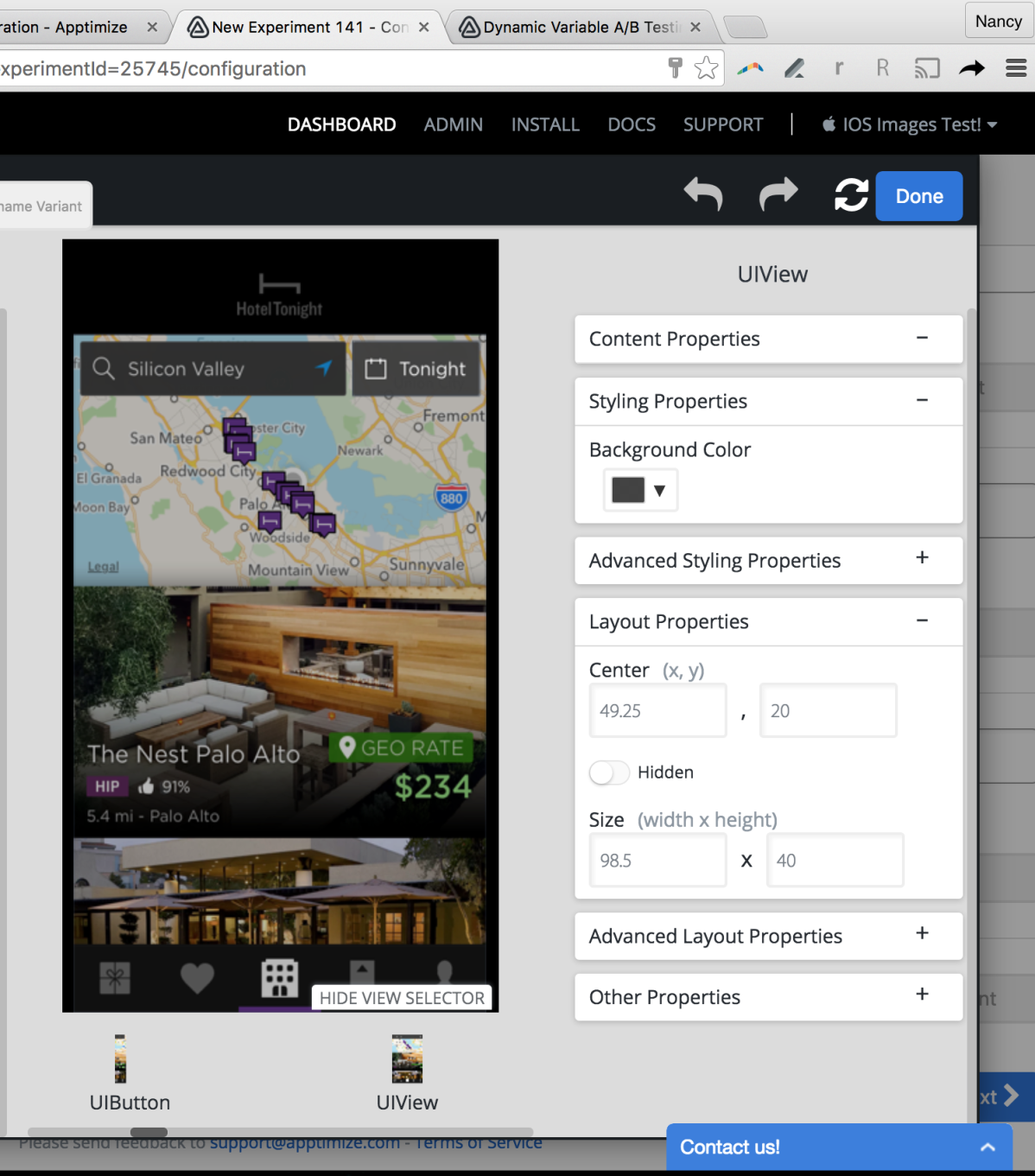 The original idea with Apptimize, a Y Combinator 2013 grad, was to give businesses that rely heavily on their mobile presence a similar set of tools to develop, test and respond to customer data more quickly.

“I saw that the top apps in the world, like Facebook and Instagram, were operating in a really different way from everyone else. They don’t take weeks to deploy. They do it multiple times per day…They have all this architecture they’ve invested in that lets them iterate and try out new versions instantly,” explains Apptimize co-founder and CEO Nancy Hua.

She and her co-founder decided to make something for their own apps they had in development, but that then became their company.

The Apptimize platform today helps businesses improve their native iOS and Android applications with support for things like A/B Testing (trying out different features and functions on different user segments), instant updates, plus advanced feature tracking and measurement tools. The end result is being able to roll out changes in hours instead of weeks.

Plus, it allows for things like staged rollouts. That’s also something that big companies like Facebook use in order to reduce the strain on servers while also testing on smaller audience groups, gaining feedback, then iterating before rolling out to the entire user base.

“Our customers have high-performance apps…mobile is a really important part of their business,” adds Hua. “But the problem with apps today is that most apps don’t really perform. You can spend a lot of money to try to get users…but then they just drop off if you aren’t investing in making the product experience really good. Our focus is on the in-app experience.”

The company has apps on its platform live in more than 100 countries, and monetizes through a freemium offering that charges based on the business’s monthly active user count and feature set. Hua declined to offer revenue details, but claimed that Apptimize has grown faster than its competitors, which tend to focus on marketers and marketing automation instead of product.

She also says that Apptimize’s enterprise customers see double-digit results in terms of revenue lift within the first couple of months on the platform, and they begin to roll out new iterations of their apps multiple times per week.

The round will be used to fund further product development and hiring, including sales and marketing leading up to the company’s Mobilize 2016 conference.

Thanks for Helping Apptimize Raise $12.4M

Hi, everyone! Nancy here. I’m excited to announce our $12.4M in funding! We couldn’t have done it without you. Thank you to everyone who has helped share their Apptimize experiences so far. Our customers are seeing incredible results and inspire...

Win an Apple Watch from Apptimize at Apps World

WHAT: Want to win a free Apple Watch? Next Tuesday and Wednesday (May 12-13), Apptimize is going to be in Apps World North America, held at Moscone Center West in San Francisco. CEO Nancy Hua will be be speaking about...