Surprise and Delight Users for a Big Conversion Boost

There’s a reason why Brian Wong is the youngest person to ever receive VC funding. Capitalizing on “serendipitous moments,” his company Kiip generates customized engagement ads that are 14x more effective than banner ads when it comes to increasing purchasing intent. That’s right. 14 times more effective. 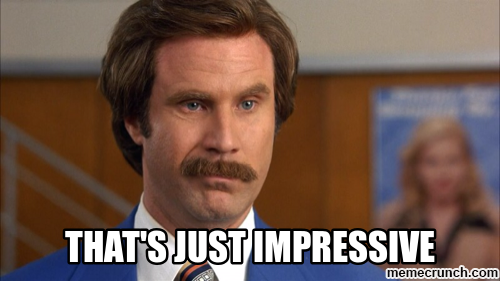 That’s a huge multiplier, so it’s not a concept we should dismiss as being only applicable to advertising. Those same psychological principles can be used to improve and optimize mobile applications for similar results. First though, we have to understand what serendipitous moments are and how to identify parallels in our own products.

What Are Serendipitous Moments?

Serendipitous (adj.) – occurring or discovering by chance in a happy or beneficial way.

Serendipitous moments occur when a user has achieved their desired goal (in an app), and are congratulated with a surprise award. The awards are discovered by chance, making them unexpected and targeting users at moments when their excitement peaks. This has been shown to be an incredibly effective marketing technique that surprises and delights users, tying strong positive emotions with branding.

Let’s pretend I’m Gatorade, and I want a fitness moment to capitalize on. Imagine someone in a fitness app logging in a 6k run, and then being surprised by an offer for a free bottle of Gatorade. The relevant award furthers your excitement from completing a task, and Gatorade inserts themselves at a key moment, tying their branding to a positive experience by supporting the user’s lifestyle and goals.

“That illustrates the power of knowing the moment that is occurring, and then bringing a brand in there in a way that’s very organic and respecting of the consumer.” -Brian Wong, Kiip CEO 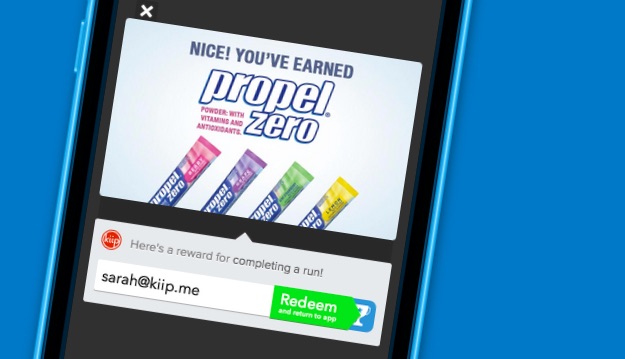 It’s very important to note that Kiip rewards users randomly after they achieve a goal, making it spontaneous and an unexpected delight. Brian refers to it as “instead of having the rewards define the behavior, we prefer to have the behavior define the reward.” This is a very important distinction because this shows users that you understand and appreciate them, rather than trying to manipulate their behavior using rewards.

“We want you to use that running app because you want to use a running app, not because you want the reward. I think you might have seen other marketers take the, I would say, more transactional approach to rewards and incentives—let me use this to make you do something, in other words. But I’d actually rather say, let the consumer be who they are, and then be there to accommodate them.”

The other key of Kiip’s unique model is tying in a relevant reward to an achievement. This demonstrates to the user that the brand understands them, and is there to accommodate them, rather than just seeing them as a source of revenue.

In the case above, Gatorade is the perfect advertiser because their reward is highly relevant to a running app. Another company advertising for a discount on tractors after a run would probably perform very poorly. Customization is a key component, and a large contributor to Kiip’s 14x multiplier.

What Are the Benefits?

There are three major benefits of using this technique. 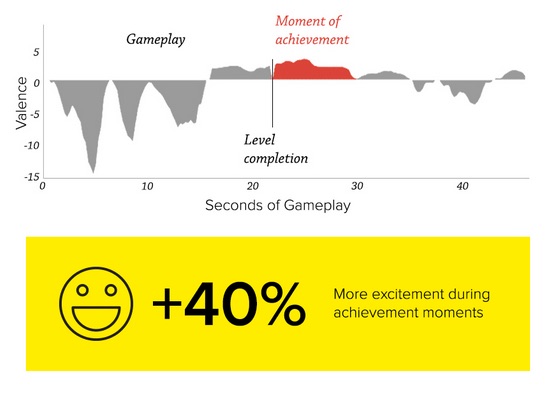 During achievement moments, users experience 40% more excitement says IPG Media Labs. If there’s one thing that mobile teams should hone in on, it’s this element. That 40% increase in excitement can become a huge driver to increase engagement and retention. After achievement, users have a high level of energy and a desire to push forward which makes it easy to direct a user’s energy to desired behaviors, such as signing up or making a purchase. Using this energy can notably increase conversions (28%), as shown in our case study. 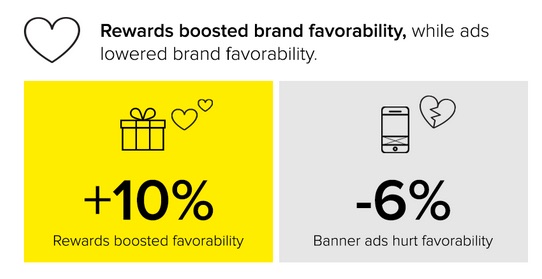 In the same study, IPG Media Labs also noted that rewards boosted brand favorability by 10%, while banner ads actually decreased it by -6%. Tying a brand to positive moments over a long period of time will be vital in the long term. 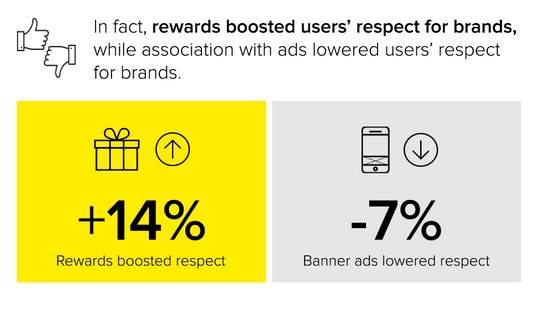 Lastly, using this technique helps maintain your permission to talk to users. With mobile apps, teams gain permission by providing a value proposition, and convincing users to download their apps.

It’s a delicate balance between driving user behaviors, while still maintaining that permission to communicate by providing value. With 26% of users only using an app once before deleting it, teams need to be careful to stay on the right side of that line. As we know from above, using banner ads actually decreases favorability and chips away at that permission.

“When you don’t respect someone, you lose permission to talk to them.” said Brian Wong. Each time apps do this, whether intentionally or inadvertently, they slowly chip away at their permission to communicate with users. Utilizing serendipitous moments can help apps boost favorability by showing users that they support and understanding, and build a long term relationship between users and their apps.

How to Use This in Your App

1. Identify Achievement Moments In Your App

These achievement moments aren’t just found in games and fitness apps, but any app that helps you complete a task or goal. Identify what it is users want to achieve in your app, then determine what specific actions are achievement actions. They might feel it in your app when they:

Equally as important is creating a relevant reward that seems to spontaneously appear. Nothing says “I don’t understand my users,” quite like rewarding them with a completely irrelevant prize, or trying to manipulate their behavior with rewards. Imagine hitting your target weight on a diet tracking app, only to be rewarded with a coupon for 50% off printing paper. It’s completely unrelated and leaves users asking, “Why?”

Create rewards that are relevant to users’ intentions in your app. If they complete a language lesson, serendipitously award them with a free lesson. If they add the perfect dress to their shopping cart, try giving them a 30% off coupon. If they find a local event to attend, you could serendipitously award them with an Uber discount. There are many possibilities here, so figure out what your user would want, and reward them accordingly.

Make sure that when you do reward users, it isn’t predictable. These rewards should surprise users, so that they don’t expect it and aren’t motivated by them. Instead, acknowledge and reward their behavior and engagement.

Don’t congratulate them too often. While the benefits of serendipitous moments are great, they can quickly lose their allure if done too often. Use it sparingly and unexpectedly for maximum effect that rewards users for doing what they already do.

When implementing a change such as this, it’s vital to track your metrics to see whether the feature is improving your conversions. While users are likely to be more vocal about their delight, you want to know what’s actually happening under the hood. If using serendipitous moments is or isn’t translating conversions, using testing and analytics will show you the evidence.

In this article, we discuss how to boost your app sales with 5 conversion lessons from top travel apps. But why travel apps? Travel apps face a unique problem trying to get users to stick. Most people don’t book flights...

We recently sat down with Ammon Bartram, co-founder of Socialcam, a popular mobile social video app with 10’s of millions of downloads. Ammon tells us about how Socialcam optimized its flow and improved signup and engagement through mobile A/B testing....

Surprise and Delight Users for a Big Conversion Boost