Your success as a product manager rests primarily on one thing and one thing only: a thorough understanding of your user.

Sure, your position at the company requires you to act as a linchpin between all departments: development, marketing, sales, and customer success. But the common element underpinning the mission of all these different departments? That’s your user. 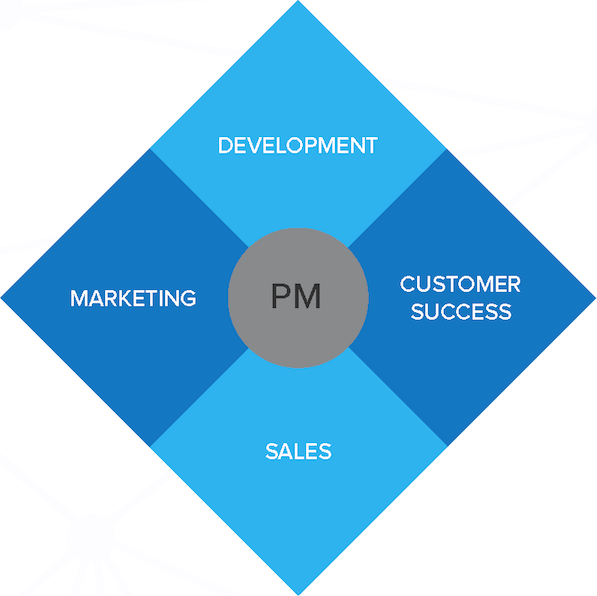 Since, as a mobile product manager, you’re standing in the middle of these different teams, you need to know your mobile app user inside out. It’s the only way you can manage your teams to success at full speed.

The following three mobile user myths, however, may be hindering your path to success. And we need to bust them once and for all.

Myth #1: The Key to Happy Users is to Build What They Ask For

If you fall for this myth, you’ll end up running around in circles for months on end trying to fulfill pointless (or even contradictory) user requests.

The co-founder of the digital magazine The Next Web, Boris Veldhuijzen van Zanten, found this out the hard way when his company fell for this myth and took requests to build an android app (in addition to their iOS app) seriously:

“We had gotten enough requests for it and had gotten the impression there were thousands of anxious Android tablets owners holding their breath for an Android version of our magazine. Unfortunately, we’ve found out that although Android users are very vocal, they aren’t very active when it comes to downloading and reading magazines.”

The problem wasn’t so much that the users who asked for the Android app didn’t want it. The problem was that the loudest users didn’t reflect the majority of users.

A few feature requests should never guide your app’s development.

Your user base at large, however, can help immensely in steering your app in the right direction. But instead of taking random requests, you need to systematize feedback collection so you can see the bigger picture of what users want. There are many ways to do this:

If @Airbnb could launch anything in 2017, what would it be?

Myth #2: Mobile App Users are the Same as Web

Because here’s the thing:

Same Johnny, different behavior. And as far as good mobile product management is conerned, the two examples above point to different users.

Reality: users behave differently on apps than on the web

The general rule of good mobile UI dictates that mobile tasks should be completed in three or fewer clicks.

And if you want your app to reach that 3-click goal, you shouldn’t distract or delay users with superfluous (even if relevant) messages and info you give your desktop users.

Mobile apps are a get-in-get-out situation. And, paradoxical as it may sound, the easier you make it for users to flow in and out of your app, the deeper you’ll hook them.

Mobile app users today have higher standards than ever. At a minimum, they expect apps to be fast, responsive, and bug-free. A lot of product managers worry that without extensive QA testing, they’ll get caught in the lengthy app store development cycle, unable to fix a feature gone wrong.

While this was once true, the nature of mobile app development has changed. You can use feature flags to shorten the QA cycle, and test new features on a select group of users, before rolling them out across your app.

The ability to make quick, iterative changes allows you to learn faster and build a better product.

Dropbox’s Waseem Daher often highlights the importance of continuous iteration over perfection: “If you take a look at the version history of most apps today, you’ll notice that updates come in slow, lethargic releases every few months. Contrast that to the top apps in every vertical, and you’ll find that those top teams are instead releasing every 1-2 weeks.”

Here is version history of Uber’s APK as an example:

Let users get involved. Let users show you what to fix and what to cut. Let your app evolve and improve through continuous testing and iteration. It’s the only way forward in this fast-paced app world.

A Great Product Manager is CEO of Product

And that solid foundation of knowledge and confidence around your product can only be built through an understanding of your user.

Mobile product management is taking the PM world by storm. As more companies make the transition to mobile, PMs everywhere are expanding their knowledge to encompass a new set of tools that can be applied directly to mobile products. Although...

How Effective Is Your Mobile Product Team?

This is a guest post by Ashley Sefferman of Apptentive Today, there are over 50,000 apps added to the app stores each month, and a whopping two-thirds of all apps see fewer than 1,000 downloads over the course of their...