Clever Lotto is a German app that allows users to manage their lottery entries easily. Through the app, users can enter multiple lotteries and track the winning numbers without having to travel to a physical store. If users do purchase physical tickets, the camera functions helps users easily convert those tickets to digital form within the app. Clever Lotto is the leading lottery app in Germany.

Clever Lotto has a portion of the user base that are regular lottery entrants. After a specific lottery drawing is over, the app enables users to play the game again in the next drawing with a simple click of a button. The product team wanted to test adjustments to that button to find ways to increase the rate at which users entered a subsequent drawing.

The baseline variant is shown below with a green “Jetzt online spielen” (“Play online now”) as the call to action. 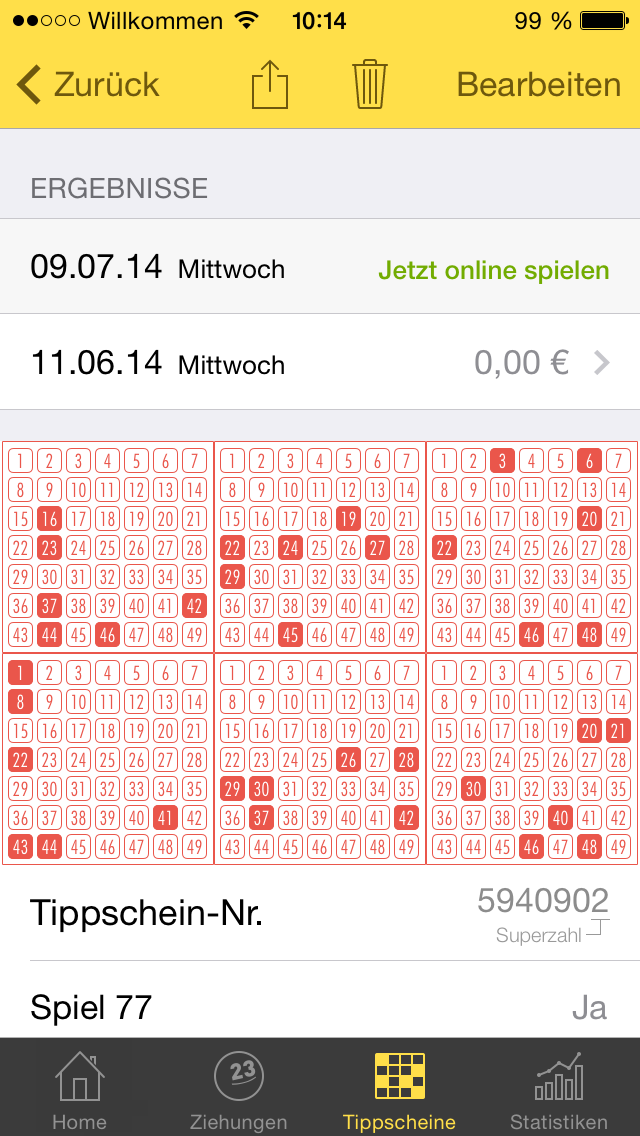 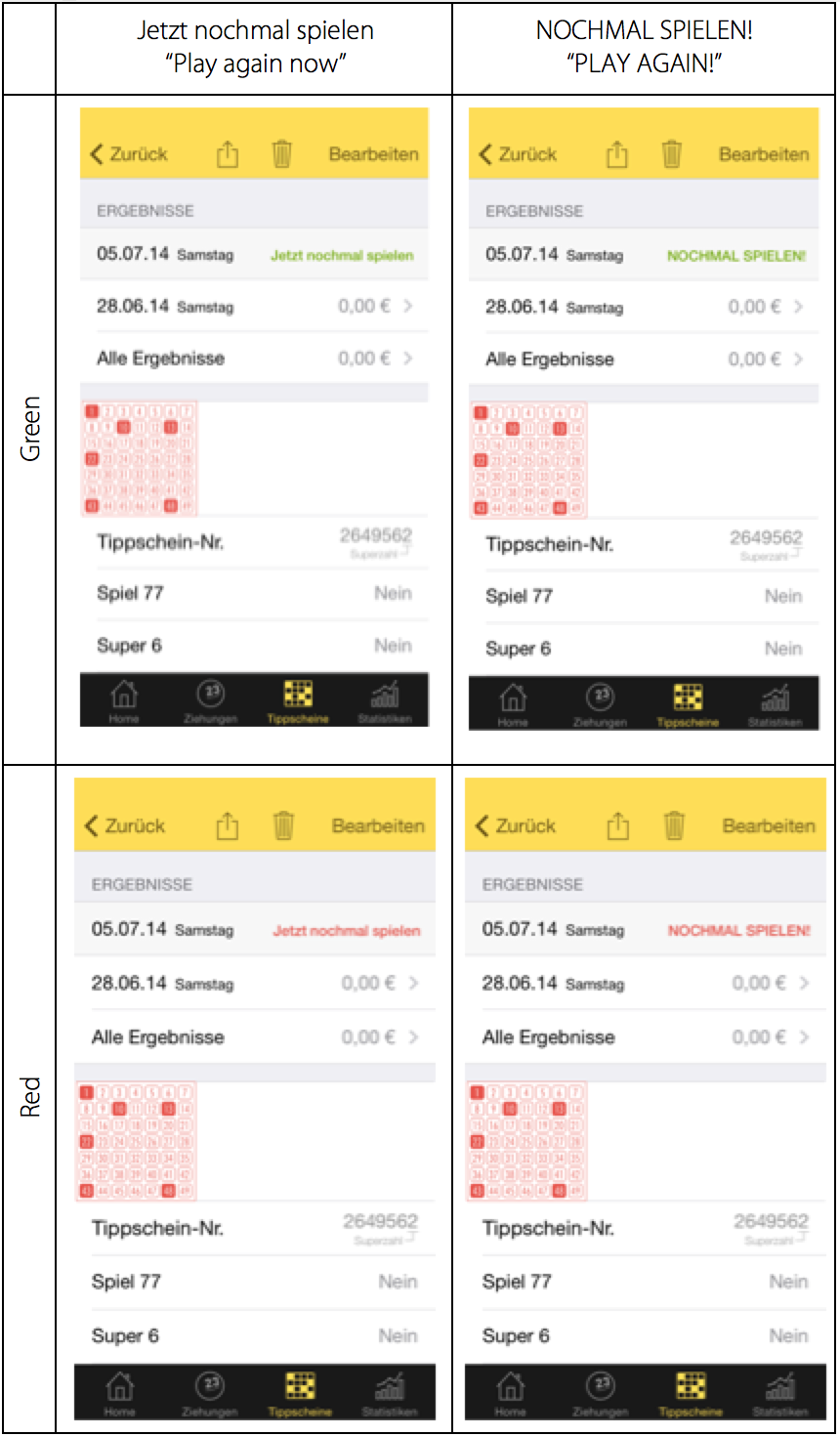 The team predicted that the red fonts would work better since red tends to feel more urgent. However, the results showed that both variants with the copy “NOCHMAL SPIELEN!” (“PLAY AGAIN!”) outperformed “Jetzt nochmal spielen” (“Play again now”). Within each copy set, the green outperformed the red.

Because Clever Lotto monetizes based on number of lottery tickets played, this small copy change is expected to improve the total number of lotteries played in a year by 28%.

The App SafeTrek is an app available on both iOS and Android that empowers users with proactive mobile protection in times of emergency. Users launch the app when they feel that they are in (or about to be in) a...

The App ChordShaker is an iOS App that makes learning guitar chords fast and easy. The app starts by teaching the user simple chords, then helps him/her combine them with a variety of songs. Learning the chords is free as...