Apptimize, Inc. announced today that it has appointed Reed Taussig as President and Chief Executive Officer. 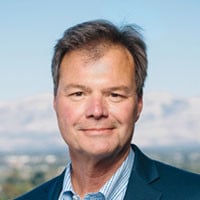 “Apptimize is excited to have the opportunity to work with a leader of Reed’s caliber to bring us to the next level. Reed has led go-to-market strategies for multiple $100M+ ARR companies while running them profitably, a rare feat, and his expertise is something we’re all excited to learn from,” says Hua.

Taussig is a seasoned executive with extensive experience leading teams and building business-to-business software-as-a-service companies. He has participated in two initial public offerings–first as Senior Vice President of Sales, Marketing and Services at Gupta and secondly as the founding Chief Executive Officer of CallidusCloud. Most recently, Taussig led the acquisition of ThreatMetrix by LexisNexis Risk Solutions for $830 million.

“Apptimize is the industry leader for mobile A/B testing products,” said Taussig. “The world’s economy is rapidly moving towards a mobile first, global first marketplace and I believe that Apptimize has the opportunity to strongly influence the success of our customers in their bid to compete in this dynamic market environment.”