Repeating elements are everywhere in apps. They’re in menus, in feeds, in albums, and countless other places. Repeating elements are collections of similar elements, grouped together due to homogenous structures and functions. While making changes to repeating elements in most Visual Editors is usually a pain, we’ll show you how you can quickly make changes and push them out to users instantly.

Yelp search results are also a type of repeating elements. Each result for the query “restaurants” has the same structure and function that presents the data in a consistent format.

Making even a simple modification to repeating elements usually requires a good deal of time and resources as a programmatic change. Due to the high resource cost, visual, text, and formatting alterations are often labeled as low priority when in fact, these optimization adjustments can dramatically improve conversions.

Apptimize’s Visual Apptimizer allows anyone to quickly make those changes and deploy them instantly, without any coding. There’s no need to go through developers, allowing other teams to quickly iterate and test autonomously. The changes don’t need to be submitted through the app stores, and can be immediately pushed out to users. 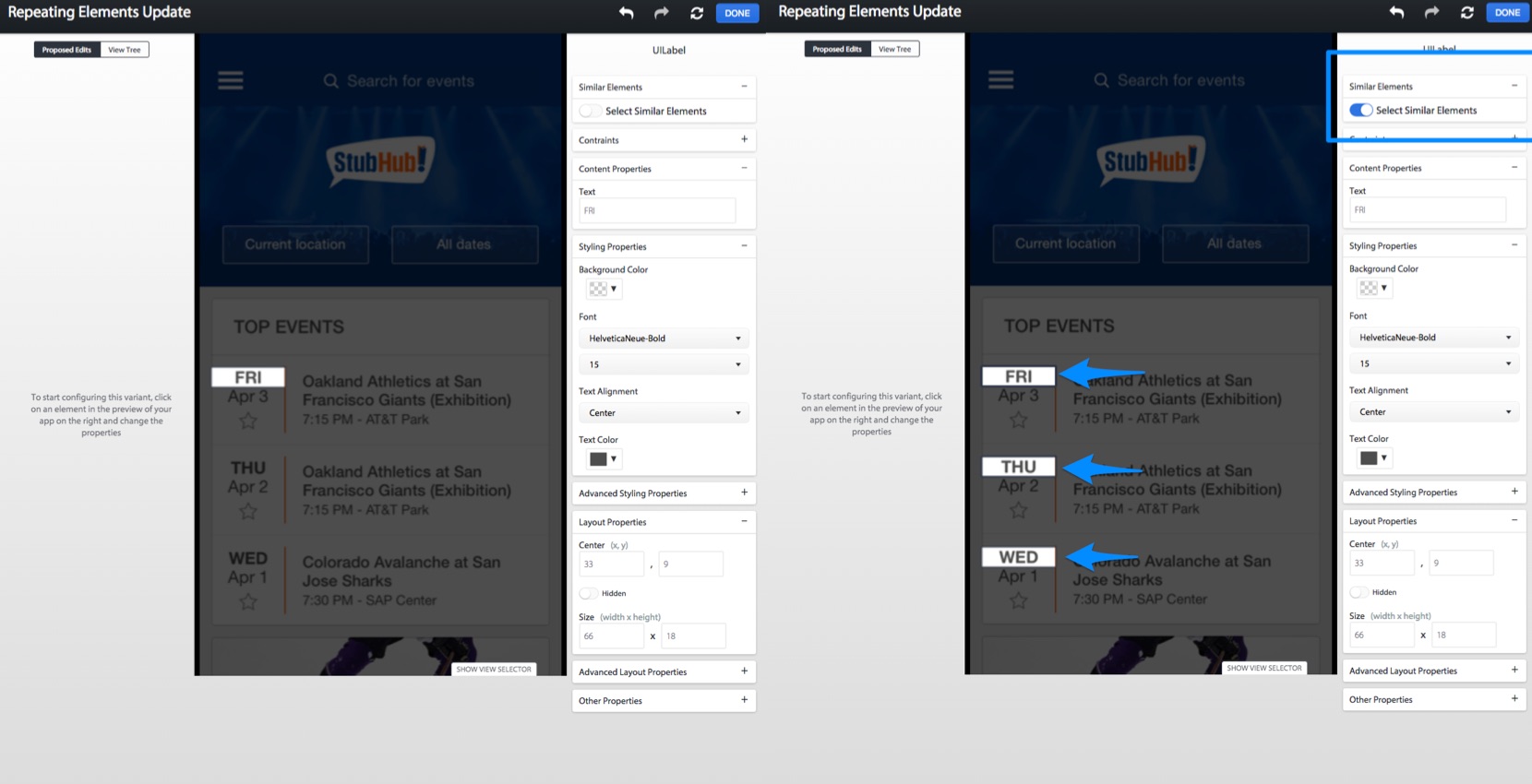 Let’s say you wanted to make some minor changes for a feed in the StubHub app using the Visual Apptimizer. We first open up Apptimize, and create a new instant update. After that, we can select any repeating element, then toggle “Select Similar Elements” under the Similar Elements menu. 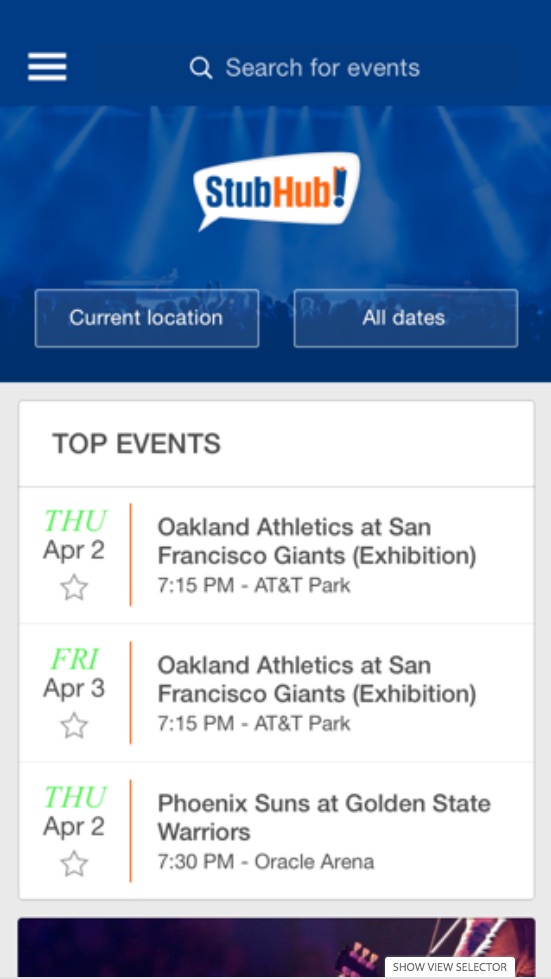 For this example, let’s change the font, increase the size, and change the color to green for the dates on the left. 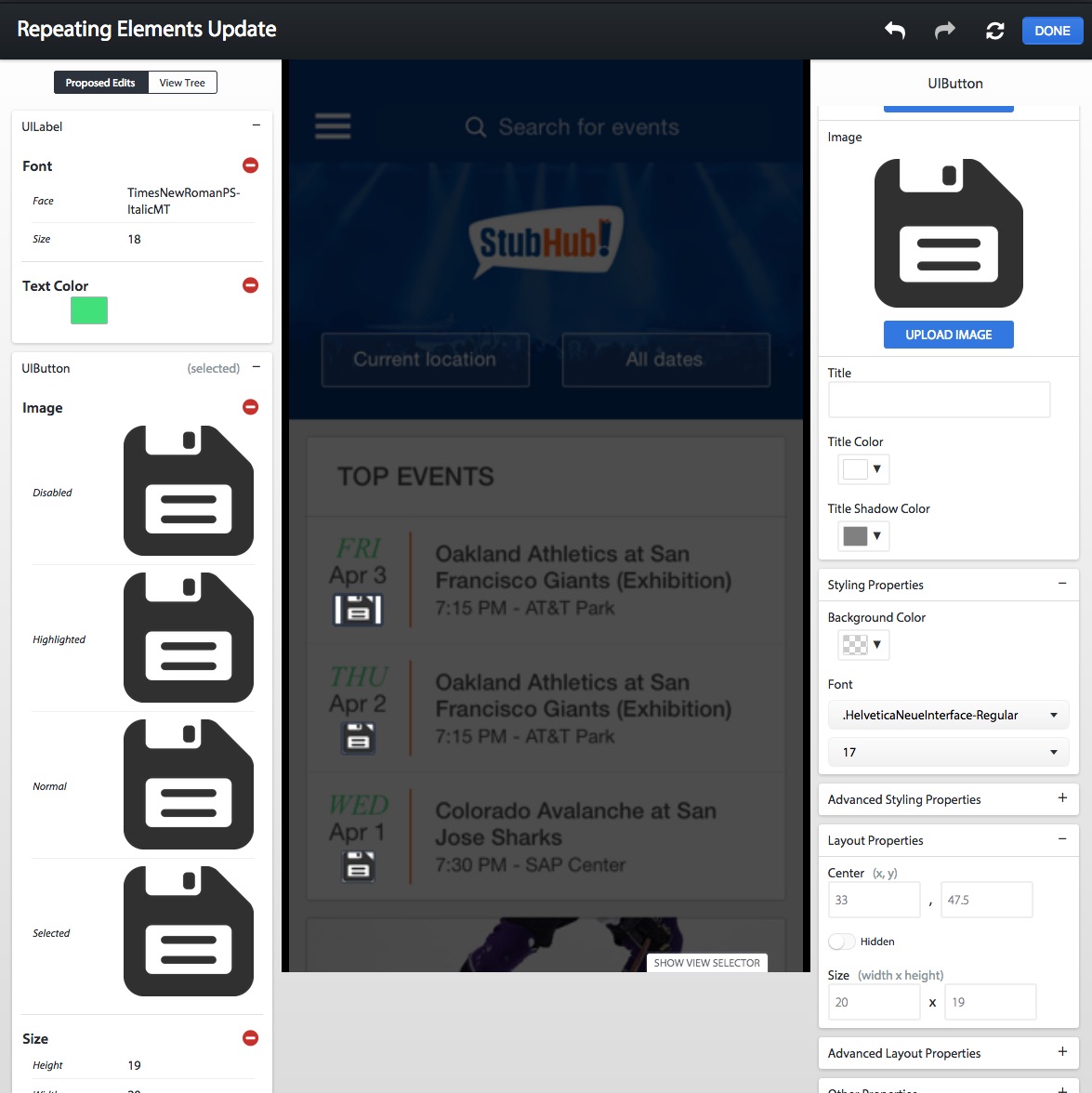 If we want to change the star icon, we can go ahead and click on that, changing it to a save icon using the same process, then uploading a new image. 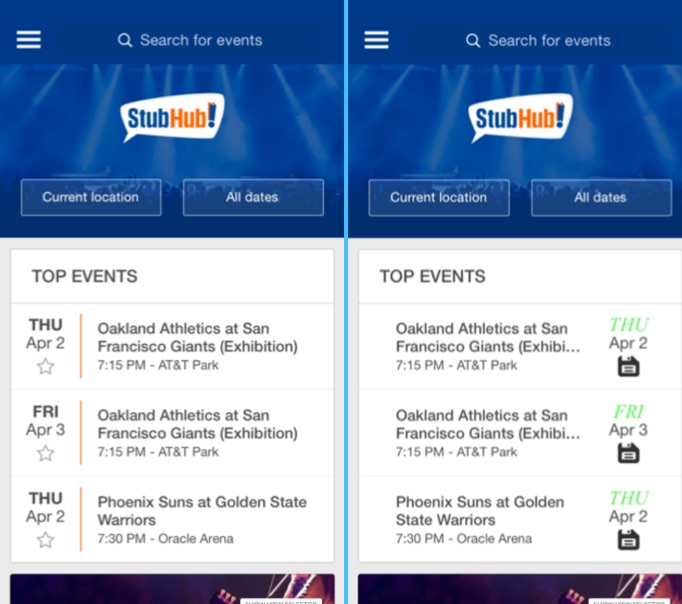 We can also change the layout of the app, moving the team names to the left, and the dates to the right. Above, we have a before and after example demonstrating just a few of the possible changes.

Now that all the changes are made, we can deploy it to our users, without the need for app or developer review. Simply click “Launch Instant Update,” and then the changes go live to the users within 15 minutes.

There you have it! With Apptimize’s Visual Apptimizer, any user can quickly make visual changes to repeating elements instantly, all without any programming. With this tool, users are able to confidently test variations without having to rely on developers.

Try it out today on your own app, and see what changes you can make!